This might seem way too philosophical for a blog post about Shopify, but as we all know, nothing in life is perfect. No matter how sparkling awesome public apps seem to be, they definitely have their flaws and weaknesses. And trust us, we’ve spent the last 6 months trying to develop and sell them.

We’ll try to tackle one of those weaknesses in this article, specifically cost, and how custom apps could be the perfect solution.

With the title above, you might already cease to believe in our judgement. How is it possible that public apps could have high costs when the majority of them cost less than $30 per month to use?

This statement is even more accurate if you have more than one web store. We are talking about dropshippers and agencies – store owners who need to pay for public apps on multiple sites at once.

So what about custom apps? When you have a custom app, you can use them on all your sites without any recurring fees, saving you a lot of money down the line. Moreover, if you were to build more web stores in the future, the cost stays the same.

Do note that if you are a just a small to medium-sized Shopify Store Owner, or you are just starting out on the platform, we must suggest that you stick with public apps. Even in the case that they don’t satisfy your needs, investing in custom apps will be way too risky of an investment to approve.

The average Shopify Store Owner installs a total of 06 apps on their stores. There are many categories of apps on the App Store, from Sales & conversions, Orders & shipping, Marketing, Customer Support, etc. These apps often help you with expanding and improving your business, many of which even have direct effects on your revenue.

This means that if you install too many apps, managing them will be a big hassle. You are not a programmer nor a coder, you are a businessman. To switch back and forth between these apps and managing the actual business operation everyday could be very tiresome, especially if any of them were to encounter bugs or to not function properly.

One-off payment is essentially the opposite of monthly charges. Instead of paying the developers for an app every month, you could pay for it once up-front and never think about it again. Let us do you a cost comparison:

On the other hand, if you were to order the making of 06 custom apps, each of which does exactly what public apps can, the cost might be far less. Shopify endorses a list of Shopify Experts that provide Custom App Development Service on their site, majority of which have a starting price of $500. While it is obvious that $500 won’t get you anything worthwhile, most Experts on the list offer their service for less than $5,000, with some more reputable companies asking for more than $10,000.

Additionally, if you find a good Custom apps developer, you could not only get the app for less but also get an app that is fundamentally better in terms of function. This is because the custom apps they built for you will be specifically designed to fit your needs, which means that any features that the public apps don’t provide, you’ll have it. Any features that the public apps have but you don’t need, you won’t have to pay for it.

The cost of your custom apps will then match the value that you were to gain from them, unlike public apps.

Managing your business could be so much easier if there’s one custom app that could do what 03 public apps can. Moreover, and you probably already know this, installing too many apps could negatively affect your store and Admin page’s performance. You might be able to get away with a slower Admin page, but having the Store page slow might discourage customers from visiting and returning. You will have to dangle yourself in codes or contact a third-party developer to optimize your Store if that happens, which really just adds to the overall costs. It’s far better to just invest in custom apps now and save yourself both money and time in the future.

By now you’ve probably gained some useful insights about Custom and Public apps, and hopefully have realized how inexpensive and reasonable of a solution Custom apps could be.

If you have any other questions about the cost of Custom apps, feel free to contact us at [email protected]. We are now providing a Custom App Development Service ourselves, so we’ll assist you with the best of our abilities. And if you are  convinced to develop a Custom App for your store, please visit us here. All you have to do is to fill in the form at the bottom of the page and we’ll get to you with a quote in no time. 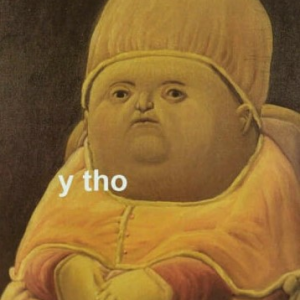 How to add mega menu in Shopify without app

How to select the right Shopify Multi-currency app

Shopify Mega Menu Apps Review – What are your best options to boost sales?

How to create sub-collection with link lists

04 Reasons why Custom Shopify Apps will benefit your stores

04 types of Shopify Apps – which one is best for your business?

How to add products to blog post in Shopify without app

I will get back to you within a day.

Have a nice time!